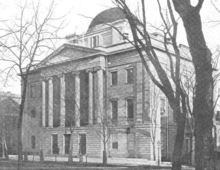 Albany City Hall is the seat of government of the city of Albany, New York. It houses the office of the mayor, the Common Council chamber, the city and traffic courts, as well as other city services. The present building was designed by Henry Hobson Richardson in the Romanesque style and opened in 1883 at 24 Eagle Street between Corning Place and Pine Street. It is a rectangular, three-and-a-half-story building with a 202-foot tall tower at its southwest corner. The tower contains one of the few municipal carillons in the country. Albany's carillon was dedicated in 1927 through the donations of 25,000 people. It has 49 bells ranging from small to gargantuan. The carillon's largest bell has a 5'9" diameter and weighs 10,953 pounds and the smallest bell weighs in at only 27 pounds. 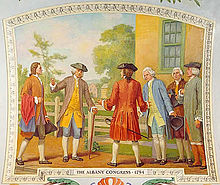 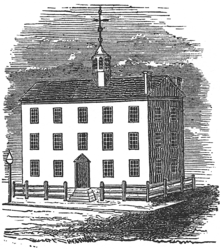 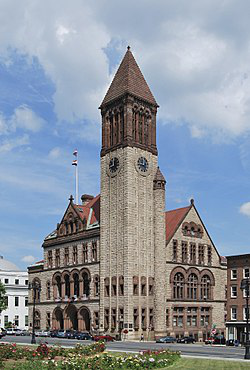